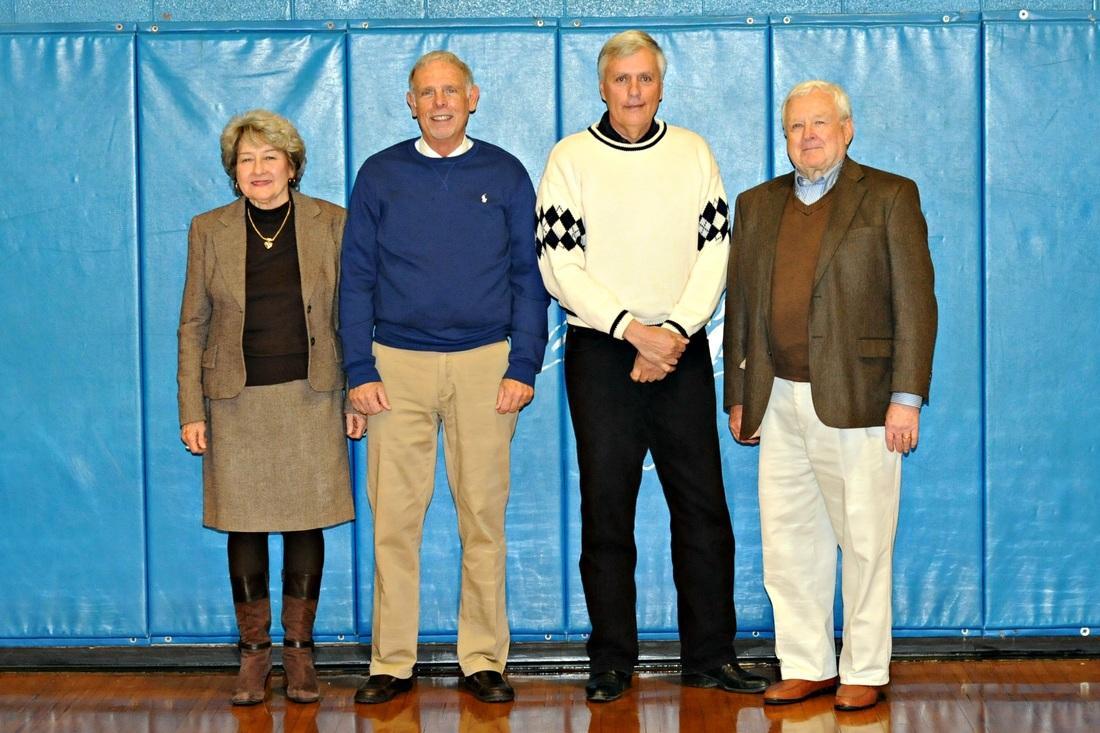 Joyce Campbell
Mrs. Joyce N. Campbell taught high school at North Wilkes for 29 years after starting out at Ragsdale High School for three years. Mrs. Campbell taught a variety of classes in the English department, including English 4 Advanced Placement, English 2 AG Honors, College Prep courses, Advanced Composition, and Science Fiction Literature. Mrs. Campbell retired as a National Board Certified teacher, and among many honors was she named North Wilkes Teacher of the Year and served as chair of the school’s English Department. Mrs. Campbell was a member of the North Carolina Association of Educators and the National Education Association. While teaching, Mrs. Campbell also volunteered as a member of the Wilkesboro United Methodist Church Chancel Choir, and currently sings with the Wilkes Chamber Singers. Mrs. Campbell has also been a member of Wilkes Playmakers Seniors on Stage, and was featured in such shows as Annie, Big River, and The Sound of Music, and served on the Blue Ridge Overview committee that annually selected photos for inclusion into an exhibit at Wilkes Art Gallery.

Denver Key
Captain Wilson Denver Key graduated from North Wilkes in 1958. Captain Key was a member of the school’s Glee Club, Beta Club, and was a school bus driver. Captain Key also was a member of the Thespian Club and basketball team at Mountain View High School prior to attending North Wilkes. Captain Key spent one year at the University of California at Los Angeles before joining the United States Naval Academy, which he graduated from in 1963. Captain Key spent 30 distinguished years in the Navy, earning the following military awards along the way: the Silver Star, Bronze Star, the Legion of Merit three times, the Air Medal award seven times and the Purple Heart twice. While serving in the Navy as a pilot of an A-4 Skyhawk during the Vietnam Conflict, Captain Key’s aircraft was hit and disabled, and he was captured by North Vietnamese militia. Captain Key spent 64 months as prisoner of war before being repatriated in 1973. Captain Key earned his master’s degree in physics from the University of North Carolina at Chapel Hill, and taught physics at the Naval Academy before retiring from the Navy to teach physics and astronomy at St. John’s River State College in Florida for 18 years.Roger Sidden
Mr. Roger Sidden was a student, teacher and coach at North Wilkes High School. Mr. Sidden graduated from North in 1971, and graduated from North Carolina State University in 1975. Mr. Sidden taught at North Surry from 1975 to 1982 before returning to North Wilkes, where he taught agriculture until his retirement from teaching in 2006. While teaching at North Wilkes, Mr. Sidden won the school’s Teacher of the Year award in 1981, and his classes had the highest End of Grade test scores in the state on three separate occasions. Mr. Sidden served as advisor to the Future Farmers of America during his entire teaching career, and his FFA teams competed at the local, regional, and state levels, garnering many first place finishes. Mr. Sidden was the J.V. boys’ basketball coach from 1984 to 1986, and his ’86 team was conference champs with a record of 18-2. Mr. Sidden was the school’s assistant Athletic Director for one year, and served as Athletic Director from 2002 to 2004. Mr. Sidden assisted in many projects at the school and in the community, including taking a leading role in the installation of the school’s Bermuda grass football field. Mr. Sidden is an active member of Double Creek Baptist Church, serving as pianist and as a member of the church’s gospel band.