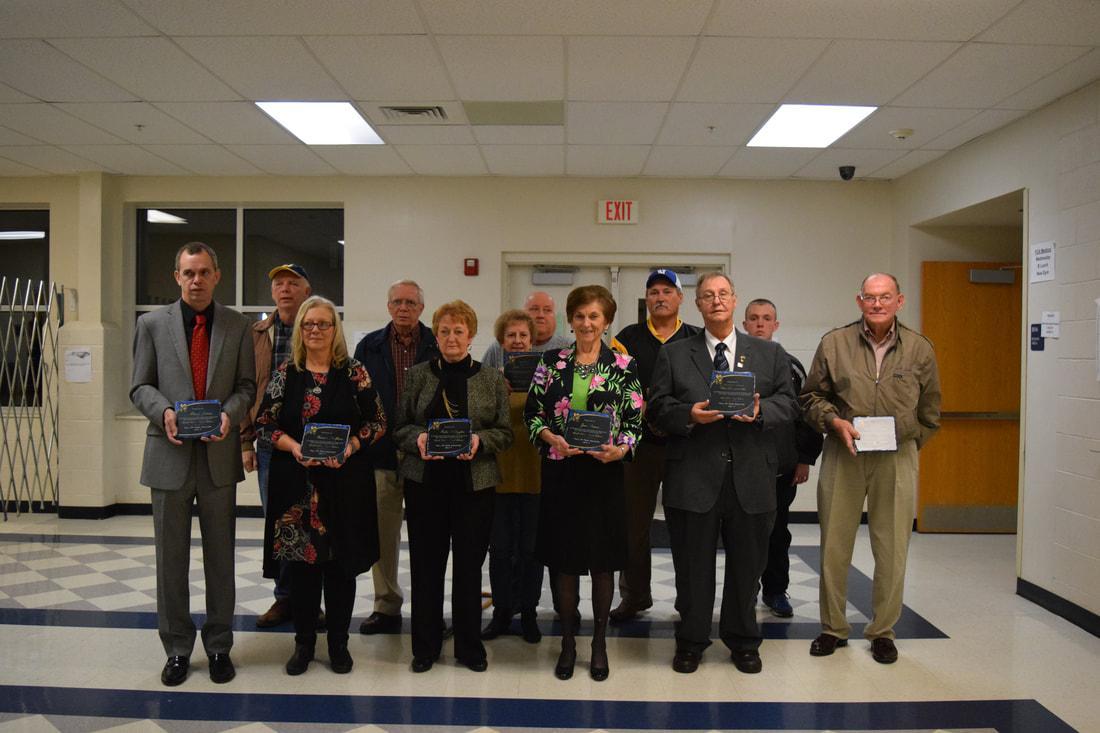 Sharron HuffmanMrs. Sharron N. Huffman taught for 32 years at North Wilkes as a Biology, Chemistry, and Physical Science instructor. Mrs. Huffman was also the girls’ track and field coach for 18 seasons. Mrs. Huffman was named North Wilkes Teacher of the Year in 1999 and 2009, the District Seven Science Teacher of the Year in 2000, and was a finalist for the Wilkes County Teacher of the Year in 2009. Mrs. Huffman, who attends Mount Pleasant Baptist Church, is a member of Delta Kappa Gamma and the North Carolina Association of Educators. Mrs. Huffman served as a National Beta Club State sponsor from 2003-2005, and is currently on the Board of Directors for the North Carolina School Board Association. Mrs. Huffman is also currently serves as a member of the Wilkes County Board of Education.
Jane PurvisMrs. Jane W. Purvis taught for 38 years, and most of that time was spent as a Business Teacher at North Wilkes. During her time in Hays, Mrs. Purvis, the wife of the late Jim Purvis, was named North Wilkes High School Teacher of the Year, and was the Chairman of the Vocational Technical Education Department. Mrs. Purvis also coached the North Wilkes Cheerleading Squad for five seasons. Mrs. Purvis won the North Carolina State University FBLA Advisor of the Year award after being nominated by Dr. June Atkinson, North Carolina Superintendent of Public Instruction. Mrs. Purvis also served on the Northwest Regional Board of Directors and has participated in a wide variety of community service organizations, including the Association of University Women, the Hand and Hand Ministry at Moravian Falls Elementary School, and as a volunteer for the Mother’s March for the March of Dimes and the Heart Fund. She is also honored to have many of her students working in local businesses, and several who followed her into education, including at North Wilkes.Reba WhittingtonMrs. Reba H. Whittington taught English and History during the course of a 32-year career at North Wilkes. Mrs. Whittington was the Director of Instruction at North for one year, and also served as an assistant softball coach for five years, girls’ tennis coach for one year, and girls’ volleyball coach for two seasons. Mrs. Whittington was a nominee for the 1993 North West Teacher of the Year, and served as English Department Chair for much of her teaching career. Mrs. Whittington is a member of the National Education Association, the North Carolina Association of Educators, and the National Council of English Teachers. Mrs. Whittington is a member of St. Paul’s Episcopal Church, where she has served as an Altar Guild member and performed service in the Vestry.
​
Randy JoinesMr. Randy Joines taught a variety of subjects at North Wilkes from 1999-2009, including World History, World Geography, Earth Science, Weight Training, Advanced Physical Education, Freshman PE, and Dance. Mr. Joines was also a coach during his tenure, serving as Head Softball Coach from 1996-2009 and Head Girls’ Basketball Coach from 1997-2009, among other positions. Among Mr. Joines’ many honors while coaching at North, his softball team reached the Elite Eight in the 2004 state playoffs, and his 2000 team was listed as a top 50 program in America by USA Today. His basketball program made the state playoffs every year from 1997 to 2003. Mr. Joines, currently the head women’s basketball and softball coach at Bunker Hill, was named softball coach of the year in 2000, the North Carolina High School Athletic Association Coach of the Year in 2015, the Southern District 7 basketball Coach of the Year in 2013-14, and was the Wal-Mart Teach of the Year in 2000 and the Veterans of Foreign Wars Teacher of the Year in 2008. Mr. Joines also served as the North High Athletic Director from 2004-2007, and during his tenure the school received awards for outstanding sportsmanship and athletic programs for three consecutive years.

Vietnam Veterans: The Ultimate SacrificeCorporal Richard Hall of the United States Marine Corps landed in Vietnam on October 5, 1967, and was killed on March 6th, 1968 by small arms fire. Corporal Hall, the son of Paul and Eva Whitley Hall, was born in 1947. When Corporal Hall enlisted into the Marines, he told his family and loved ones, “This is what I think I should do.” Specialist Wake Miles of the United States Army began his tour of duty on December 23, 1967, with the 9th Infantry Division, and Specialist Miles died on October 3rd, 1968 in South Vietnam after stepping on a land mine placed by the Vietnam Cong. Specialist Miles was born in 1947 to Mr. and Mrs. Garnish Miles, and he was the husband of Ruby Sidden Miles of Hays. Sergeant John Osborne of the United States Army began his tour on August 4th, 1968. He sustained fatal wounds on April 30, 1969 in South Vietnam when a truck he was rigid in ran over a land mine. Sergeant Osborne was born in 1947 to Bart and Ella Mae Bowlin. Sergeant Osborne was a basketball player who played both at North Wilkes and at Warren Wilson College. Petty Officer Third Class Chris Thompson of the United States Navy, the son of Larry and Geraldine Thompson, was the lead medical corpsman for his company in the 2nd Marine Division, 2nd Marine Expeditionary Force, at the time of his death. Petty Officer Thompson died on October 21st, 2005, in Iraq. Petty Officer Thompson, born in 1980, played baseball and football at North Wilkes.​